What is Speed ​​Dome Camera (PTZ) How to Control

What is Speed ​​Dome Camera How to Control 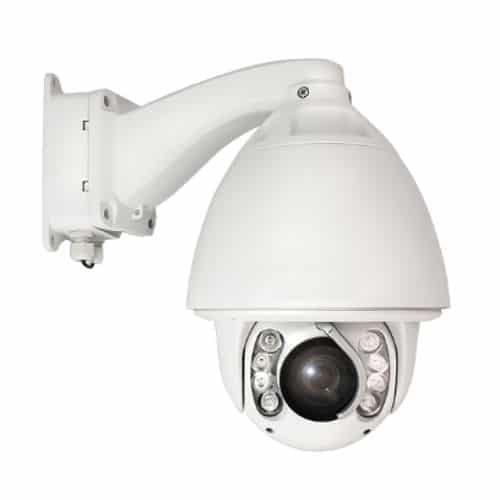 Speed ​​Dome Cameras are cameras with PTZ (Pan, tilt , zoom ) feature that can be changed by digitally controlling the camera angle.

We can explain these three features of Speed ​​Dome Cameras, which include PTZ, ie pan, tilt and zoom, as follows:

Pan is  the ability of the Camera to move left and right.

Tilt is  a feature that indicates that the Camera can move up and down.

Zoom indicates  the auto zoom feature in the lens.

Speed ​​dome cameras, which have become widespread with the developing technology, were not preferred much because of their high cost. It was used in very special military security units, key points and airports. But today,  lower cost speed dome cameras are preferred in terms of their features as they are produced  . Speed ​​dome cameras, which also provide digital control advantage, are divided into two in terms of rotational speed. These are  slow and speed dome  cameras. Its speed can be preferred according to the area it will be used.

If we look at the general features,  speed dome cameras have digital control feature . Serial communication protocol RS-485 is used to control the camera. This is because the RS-485 is a simpler and more convenient system than others. Two wires are used for data communication and data transmission up to 1200 meters can be provided.

Speed ​​dome cameras can be rotated around continuously according to their location, or thanks to preset points with a specified motion and zoom program, cameras can be displayed in the desired area in case of an alarm.

How to Control the DVR with Record Card?

First of all, if the camera will be controlled with this method, RS232 / RS-485 converter must be plugged into the computer’s RS-232 output. The number of speed dome cameras that can be controlled varies according to the make and model of the cameras. Systems up to 256 cameras can be installed. Control is done with the software of the DVR card. Users connected via the internet or network have the ability to use the speed dome camera. In order to be able to check, the number given on the speed dome camera must match the number on the DVR record card. Also the communication protocol and baudrate used by the speed / slow dome camera again ?? i should be the same. This simply means that the devices speak the same language at the same speed.

How to Control the DVR with a Digital Recorder?

In this control type, the cameras can be controlled with a joystick with RS-485 output. It can be preferred in military camera systems, which are insufficient in terms of computers, and where an operator is required to be controlled, factory CCTV monitoring and recording systems, and construction site closed circuit camera systems. In addition, it can be used in camera system installations in places that want to control with a conventional operator by using both a computer or recorder control unit. Prices vary according to the control unit model and features.

Various protocols are used for speed dome camera control in communication with RS-485 interface. For example:

What are the Uses of Speed ​​Dome Cameras?

What is NVR (Network Video Recording)

How to Lorex devices firmware updates

How to add device into Hik-Connect App